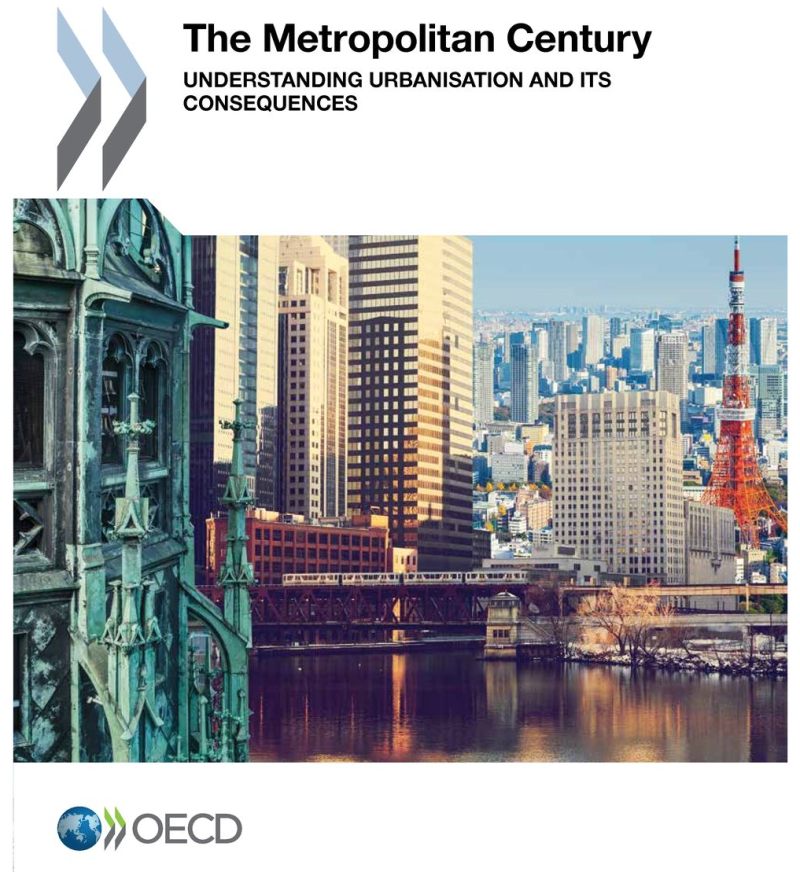 According to a major new report from the OECD, walking and cycling will have to play a larger part in the megacities of the future, or those cities may cease to function. The Metropolitan Century, from the Organization for Economic Co-operation and Development, is sub-titled “Understanding Urbanisation and its Consequences” and was published last week.

The report starts: “Urbanisation is progressing as fast as never before in history … Policy makers in every country face the task to maximise the benefits of urbanisation while minimising its downsides.”

One of the downsides is unfettered access to the central business district by private motor cars therefore the OECD says it is “important to adjust taxes and fees so that the negative consequences of driving into cities are reflected in the cost of car use.”

Urban sprawl accelerated by those who, in the last century, choose to drive almost everywhere is something politicians and planners should fix, believes the OECD report: ” … getting cities right is not only of vital importance for city residents and the countries where the cities develop, but for all of humanity.”

The report adds, “Liveable metropolises in the 21st century … look like this … walking and biking are safe and agreeable.” The report stresses that “private car ownership is both unnecessary and expensive …” and that the storage of private property on expensive real estate is economically illiterate, “public space is too valuable to be used for parking at subsidised rates that do not take into account all of the negative externalities.”

The OECD likes what it has seen of bike share schemes, such as Velib in Paris and the “Boris bikes” in London:

“Another innovative solution to urban traffic is bicycle sharing schemes that have been [adopted] in many cities around the world in recent years … Paris has approximately 20 000 bicycles distributed over more than 1 200 stations throughout the city. They are used for more than 30 million rides per year. Bicycle sharing schemes offer a fast and flexible transport option that can substitute cars for short trips. Perhaps more importantly, they also offer an uncomplicated way to start cycling for people who have not done so before. Thereby, they can contribute to an increased acceptance of cycling and help to initiate a broader shift towards it.”

The OECD is no lentil-chewing sandal-wearing eco-grouping it is an international economic organisation of 34 countries founded in 1961 to stimulate economic progress and world trade.

One thought on “Cycling is one of the key solutions to unsnarling cities, says major new OECD report”