I’m in the research phase for Bike Boom which, one day, will be as forgotten and as dusty as the books I’m buying on eBay and Abebooks. If you’ve got any suggestions of books I should dig out do let me know. 1970s bicycle advocate Robert Silverman of Montreal suggested I take a look at Autokind Vs. Mankind by Kenneth R. Schneider.

This was published in 1971 and is sub-titled An Analysis of Tyranny, a Proposal for Rebellion, a Plan for Reconstruction. It’s a hard-hitting polemic that predicted “autocracy” would have either eaten itself by 1994, or would have flattened so many cities and killed so many people motoring would have evolved into a religious cult.

The illustrations in the book were equally hard-hitting and I include three of them below. They were produced by Richard Hedman. The last one – with a limp child held up as a sacrificial lamb to the Almighty Motorcar – is particularly poignant. Double click to open the illustrations in hi-res. 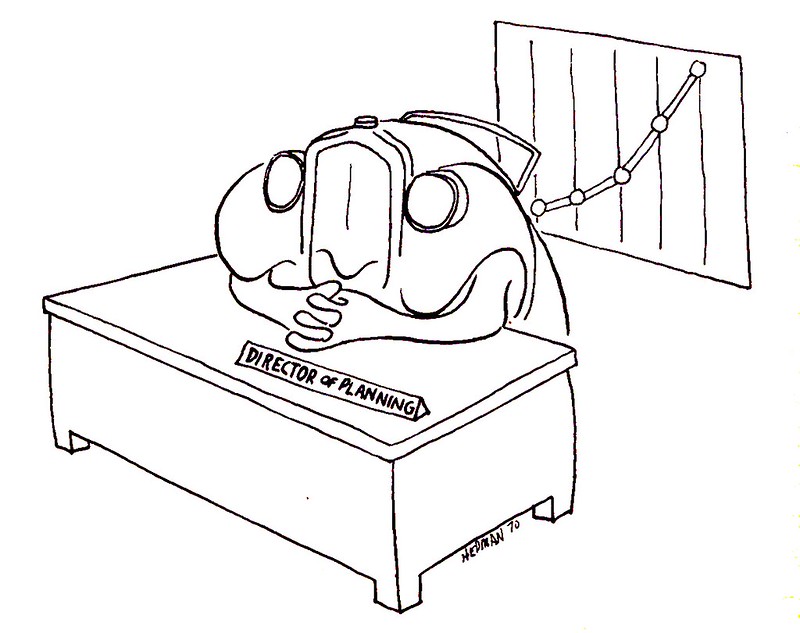 This would explain a lot … 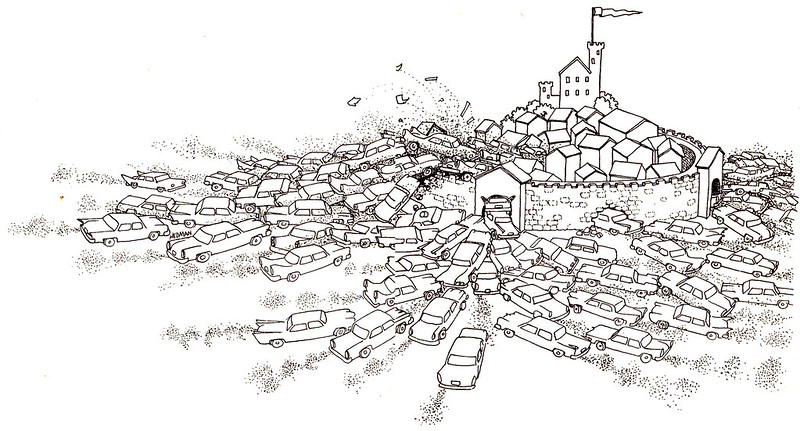 Autokind Vs. Mankind was produced for an American audience but this illustration would have piqued the interest of those fighting to keep cars out of medieval towns and cities. 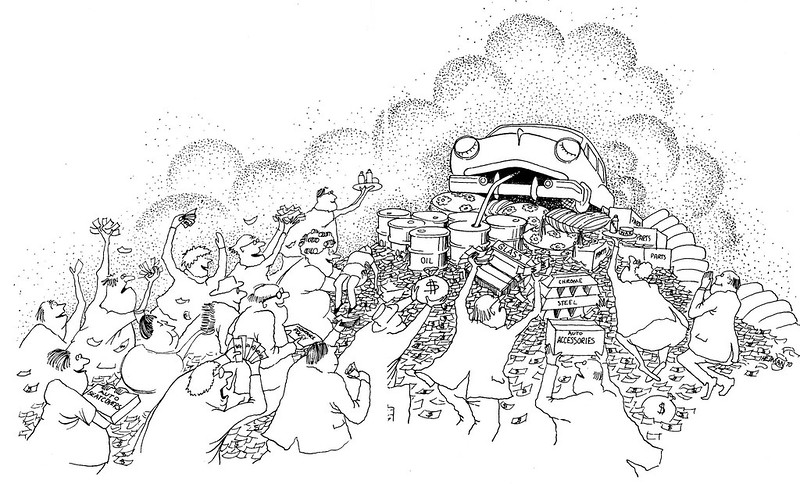 Notice how the people seem to be on the porky side. The offering of a limp child to the motorcar God is gut-wrenching. 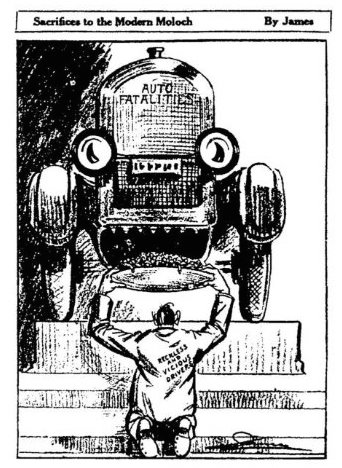 Perhaps Hedman was familiar with a similar cartoon from the 1920s? This cartoon by “James” was from the St Louis Star, 6 Nov, 1923.

Want to see more images from Bike Boom and Roads Were Not Built For Cars? Come to one of my talks …