In Roads Were Not Built For Cars I had to sheepishly admit that the major characters in my book were all men – women played little part in the cycle advocacy movements of the 1890s. In the sequel (Bike Boom is on Kickstarter until mid-March) I can happily report there will be many women featured. In fact, women are now at the forefront of cycle advocacy; women such as Claire Prospert and Katja Leyendecker of Newcycling in Newcastle, Lizzie Reather, former chair of Leeds Cycling Campaign, Rosie Downes, campaigns manager for London Cycling Campaign, Dr. Rachel Aldred, the go-to academic on cycling, and Sally Hinchcliffe of Cycling Dumfries and the Cycling Embassy of GB.

And heading up Delivery Planning at Transport for London is Lilli Matson. She is responsible for the strategic planning and development of surface modes of transport including cycling. Formerly a member of the Government’s Commission for Integrated Transport she has also run her own transport consultancy and prior to that was in charge of transport policy at the Campaign for the Protection of Rural England. Also at Transport for London is Sarah Burr, the senior strategy and planning manager for Surface Transport – she’s in charge of TfL’s Cycling Strategy and worked on the £914 million Mayor’s Cycling Vision for London.

However, in this posting I’d like to focus on five cycle advocates from North America, two well-known, three far less well-known. I’ll be fleshing out their biographies in Bike Boom but here’s some bare bones to be getting on with.

MIA BIRK
Portland, Oregon, didn’t become one of America’s top cycling cities by accident. Much of Portland’s bicycle culture grew up thanks to the inspiration, hard work and cajoling of Mia Birk. She was Portland’s Bicycle Program Manager from 1993 to 1999. She is now President of bicycle-friendly Alta Planning + Design of Portland, leading a huge team of planners and engineers.

“I fell in love with bicycling in 1990 while attending graduate school in Washington DC. Having grown up in suburban Dallas Texas, I was used to driving everywhere. Informed that there was no parking available near school, I borrowed my brother’s 10-speed Schwinn. Within a few weeks, I was in the best shape of my life. At the same time, I began researching transportation issues around the world and quickly saw that most successful cities plan well and invest in smart growth, complete streets, transit, and bicycling and walking infrastructure and incentives. I decided to focus my career on transforming communities into ones in which walking and bicycling are safe, normal, healthy and fun daily activities.”

CLAIRE MORISSETTE
Writers Eugene Sloan and Richard Ballantine famously plugged into the popularity of bicycling that erupted seemingly out of nowhere in 1970, and they helped cycling in the US and the UK to become even more popular. Less credit is usually given to women bicycle advocates yet figures such as Claire Morissette of Montreal were highly influential. Morissette was also influential globally, and her “cyclodrama” ideas – such as die-ins and other stunts to goad transportation officials and grab media attention, first used in Montreal in the 1970s – are still popular today.

Morissette was one of the co-founders of La Monde à Bicyclette. Bicycle access to the metro and the cycling link between Île Notre-Dame and the South Shore were campaign aims of MAB, campaign aims which were achieved. Montreal now has 600kms of cycle lanes, another achievement of Morissette and MAB.

Morissette wanted people out of cars, but also wanted fewer cars on the road, something she aimed to achieve by founding Montreal’s car-sharing program Communauto. This was formed decades before other cities went down the same route. The Claire-Morissette bike path in Montreal was named for her in 2008 – this is a protected cycle lane in the CBD.

JANETTE SADIK-KAHN
New York may not be Amsterdam yet but it’s the poster child for how a major world city can instal people-friendly infrastructure at low cost, quickly and radically. Sadik-Khan was the commissioner of the New York City Department of Transportation from 2007 to 2013. A decade before her appointment she had worked on New York City’s Bicycle Master Plan. In her first year as commissioner NYC’s bike lanes tripled in length to 63 miles and in the following five years an additional 254 miles of bike lanes were painted. She was also in charge of installing a parking-protected bike lane on 9th Avenue, the first since Mayor Koch had ripped out his short-lived kerb-protected lanes in the 1980s.

Sadik-Kahn is now Chair of the Strategic Advisory Board of the National Association of City Transportation Officials.

“We brought [a] quick-acting approach to our cycling program, and in six years turned cycling into a real transportation option in New York. I think it’s fair to say it used to be a fairly scary place to ride a bike, and now New York has become one of the cycling capitals in the United States.

BARBARA McCANN
The American Complete Streets movement was suggested in 2003 by Barbara McCann, then working for America Bikes, a coalition of bicycle advocacy groups, including the League of American Bicyclists. Complete Streets quickly became about much more than bicycles. The National Complete Streets Coalition, founded in 2005, was led by America Bikes and roped in a number of influential and mainstream non-cycling organisations.⁠ McCann became Executive Director, before moving in January 2014 to become a Director at the US Department of Transportation.⁠ 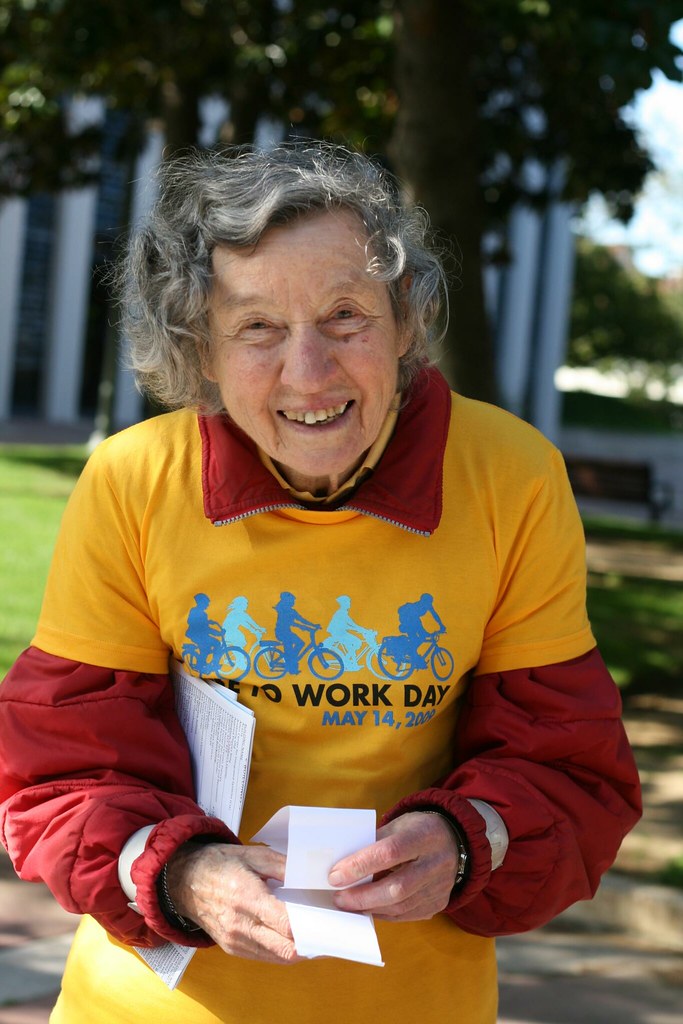 ELLEN FLETCHER
Born in Germany to Jewish parents and evacuated to England on Kindertransport in 1938 Ellen Fletcher emigrated to America in 1946 and settled in what would become Silicon Valley, California. In Palo Alto in 1971 she became a vocal bicycle advocate after seeing the danger her son faced when travelling to school. She died in 2013, ten years after a Palo Alto road had been named in her honour – the Bryant Street Bicycle Boulevard became the Ellen Fletcher Bicycle Boulevard. Between 1977 and 1989 Fletcher was a Palo Alto City Council member, and rode to all meetings. 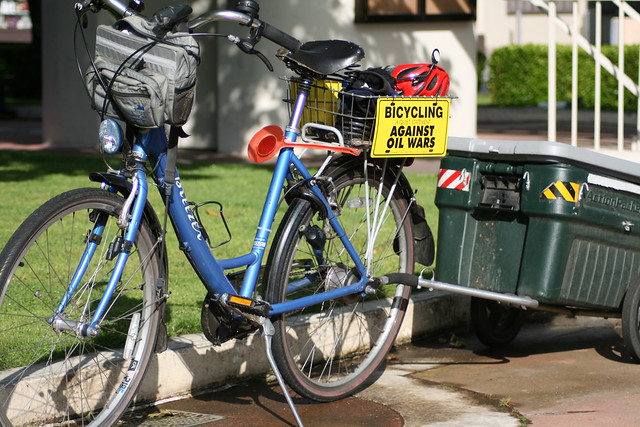 There will be many more women cycle advocates featured in the book.