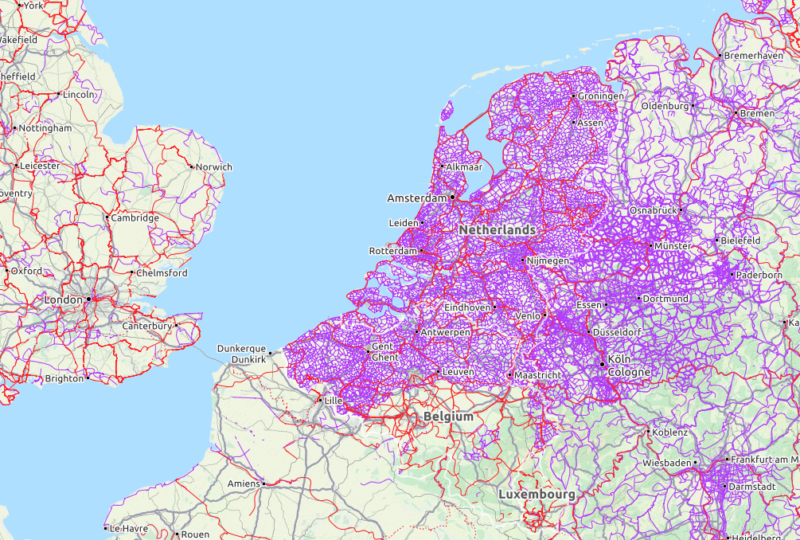 There are also stark differences between the two “halves” of Belgium, the Flemish-speaking north (Flanders) and the French-speaking south (Wallonia).

It’s also worth pointing out that the provision of cycleways doesn’t necessarily mean the cycling will be great; for instance, from the map it might seem that Belgium has more cycleways than France, but that doesn’t mean Belgium is a better cycling country than France.

Note, not all of the purple cycleways marked on the map above are separated or protected. OpenCycleMap is crowd-sourced, and some data is provided by state actors, but in other countries this is not the case. Plus, density of cycleways can sometimes reflect population density, see: More such stuff in Bike Boom, published May 2017, Island Press, Washington, D.C. Sign up for updates on the right.